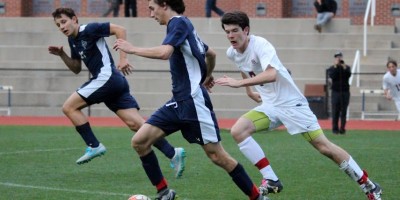 McEachern will host three of the seven classifications this championship weekend, with a Class 3A double-header opening up Cantrell Stadium’s two-day marathon on Friday. Westminster and Pace Academy successfully reached the boys and girls Class 3A finals and the Atlanta private schools will go back-to-back. The schools previously met for a double-header on March 31, with the Westminster boys winning 3-1 and the Westminster girls 4-0 winners against the Knights. The Westminster girls are yet to concede a goal during the playoffs and have scored 27 goals in the process. Pace Academy had a tough semi-final against Lovett, scraping through in a 3-2 overtime decision. This was their second overtime play-off win, following a 2-1 decision against Lumpkin County in the first round.

Saturday will start with the boys and girls Class 4A championship and will be followed by the grand finale of Class 7A. This year’s girls 4A final is dominated by two of the most successful teams in the state for the past several seasons. St. Pius and Marist have seven shared state titles in the past six years. St. Pius X have been victorious for four straight years, taking state titles in the 3A competition in 2013 and 2014, and in the 4A the past two years. Marist claimed back-to-back Class 4A state championships in 2013 and 2014. Both teams will be entering the finals poised after decisive victories in their respective finals. Marist confidently defeated Jefferson 6-1, while St. Pius overwhelmed Chapel Hill 9-1.

The boys Class 4A finals is on the opposite side of the spectrum as emerging programs Druid Hills and Southeast Whitfield are each sitting one win away from their first-ever state titles. In fact, both boys finals on Saturday will feature teams that will play for first-ever titles. Southeast Whitfield prevented Marist from also sending its boys team to the finals with a 3-1 victory in the semifinals. Druid Hills battled past Blessed Trinity 2-1 in the semifinals to earn its ticket to the finals.

The newly formed Class 7A sees a rematch of the 2015 Class 6A Championship game between Grayson and Lambert. Two years ago, Grayson controlled the game, taking home the title after a comfortable 5-0 victory. However, a tighter game is predicted this time around. The Longhorns will be confident after a comfortable 4-0 victory against Mill Creek in their semi-final, while Grayson narrowly defeated South Forsyth 1-0. When the two finalists met back in February, the Rams were triumphant in a close 1-0 game.

The first Class 7A boys soccer state title will be awarded to a first-time state champion on Saturday as Pebblebrook and Meadowcreek headline championship weekend’s finale. Both teams were tested by Georgia’s gauntlet of playoff prowess, but prevailed by playing some of the best soccer of the season. Pebblebrook had to get past Berkmar and Walton in the past two rounds, while Meadowcreek squared off with Region 4 elites Etowah and Roswell.

Mercer to Crown a Horde of First Time State Champs