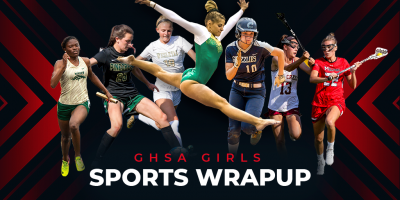 The 2020-21 GHSA high school athletics season, in retrospect, went off without many season-canceling hitches. Sure, there were cancellations and postponements here and there. But, overall, the past athletics seasons were welcomed on the boys and girls side of the GHSA’s athletics programs.

It was simply good to get back to normal. So now, let us take a look back and see what programs dominated over the past year.

Fast Pitch Softball: In the state’s highest class, East Coweta returned to the top. The Indians also won state titles in 2017 and 2018. In Class 6A, Lassiter won its first title since a 5A crown in 2007. Jones County won the 5A title for its first championship since 2010 and second overall title. Heritage-Catoosa won its third straight title in Class 4A while Ringgold defended its 3A crown. Heard County emerged at the top of Class 2A and Mount Paran won the A Private title. In Class A Public, Gordon Lee captured its fifth consecutive title.

Cross Country: Marietta won the state title in Class 7A – its third overall title. The Blue Devils won the state title in 2017 and 2018. Pope won the Class 6A title for its sixth championship but first since winning five titles in six seasons from 1992-97. St. Pius X won the 2019 4A title and then after its reclassification to 5A, the Golden Lions defended their title in the new class. Westminster won its 33rd title and eighth consecutive championship. Pace Academy won the 2A title for its 15th overall championship while ending Bleckley County’s run of four straight titles in the class. In A Private, Wesleyan won its sixth title and in A Public, Armuchee captured the program’s first ever state championship.

Volleyball: For the first time since 2014, Walton did not win the state’s highest class as Alpharetta emerged for the program’s first title. Buford won the 6A title for the program’s third championship after reclassing up to 6A. McIntosh successfully defended its 5A title for the fourth consecutive season. Marist’s 4A championship marked the team’s ninth title. Westminster is back on top of Class 3A for the first time since 2016 after winning the program’s ninth title. Pace Academy dropped from 3A to 2A/A Public and successfully defended its title for the fourth straight season. Holy Innocents’ won Class A Private for the team’s fourth title.

Swimming and Diving: In the state’s highest class, Lambert took the title while Lassiter won the championship in Class 6A. The Longhorns classed down from 7A where the program won the 2020 championship. Marist topped Class 4A-5A and Westminster won its fourth consecutive A-3A championship.

Basketball: Westlake won three-consecutive titles in Class 7A before reclassing to 6A this season where it won another title in its new class. The Lions continued their winning ways into the national championship game where Westlake beat Paul IV 70-50 to win the GEICO National Championship. Marietta topped Class 7A this season while Woodward emerged at the top of Class 5A. Carver-Columbus returned to the top of Class 4A after winning a 2019 title in the class. Cross Creek topped the 3A class while Josey won 2A, Hebron won the A Private championship and Calhoun County won the A Public title.

Tennis: Walton has 22 state championships to its name after winning the 7A title. Since 2001, Walton has only missed out on state titles in 2003, 2012, 2019 and 2020 when COVID cancelled the season. Cambridge defended its 6A title while McIntosh won the 5A crown. Marist defended its 4A title and Westminster returned to the top of Class 3A. Pace Academy defended its 3A title in Class 2A this season while First Presbyterian topped A Private. In Class A Public, Telfair County defended its championship from 2019.

Soccer: In the state’s highest class, West Forsyth won its first championship and Johns Creek won its first title in 6A. Blessed Trinity won the 5A title while North Oconee captured the 4A crown. Westminster won its 14th overall and sixth consecutive title. Lovett topped Class 2A, ending St. Vincent’s run of three straight titles. Atlanta Classical emerged at the top of Class A Public for the team’s first title while Holy Innocents’ won the A Private championship.

Track and Field: Walton won its second title and first since 2012 after capturing the 7A championship. In Class 6A, Westlake took the title for the program’s sixth overall championship and first since it won a 7A title in 2017. Woodward captured the 5A title while Marist ended Chapel Hill’s run of three-straight 4A championships. Greater Atlanta Christian defended its 2019 title in Class 3A and has won four of the past five championships (2016 in 2A). In Class 2A, Oglethorpe County won the program’s first state title while Hebron Christian captured the A Private crown and Gordon Lee defended it’s A Public title.

Lacrosse: Since the GHSA began awarding lacrosse championships in 2005, Milton has been a stalwart. The Eagles have won 14 titles since 2005 only missing out in 2009 and 2016. Blessed Trinity’s victory in the A-5A championship won the program’s fourth title in five seasons.

Golf: In the state’s highest class Lambert captured its seventh title, and since 2013, the Longhorns have won each season except 2018 when North Gwinnett finished on top. Creekview’s championship in Class 6A marked the program’s only title. Woodward classed up to 5A this season and successfully defended its title for a third season. North Oconee captured Class 4A while White County won the 3A title. Lovett finished atop Class 2A and Holy Innocents’ won the A Private title. In Class A Public, Lake Oconee defended its title for the third straight season.

No Replies to "GHSA Year in Review: Girls"