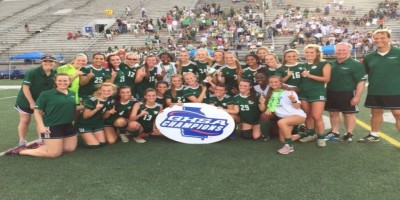 The GHSA soccer season came to an end over the weekend as eight champions were crowned at McEachern in Powder Springs and Mercer University in Macon.

St. Pius X won its 12th girls soccer title after a 6-0 victory over Flowery Branch in the AAAA title match. Since 2009, Pius has won nine titles and only missed out in 2012 and 2018. Flowery Branch finished second. Blessed Trinity is third, Columbus is fourth and Marist rounds out the top 5.

Westminster added a 13th soccer title after a 3-1 victory over rival Lovett in the AAA title match. The victory marked the fifth-consecutive title for the Wildcats. Lovett finishes the season ranked No. 2. Greater Atlanta Christian is third ahead of Pike County and Jefferson.

In Class AA, St. Vincent’s earned its third-straight girls title after a 5-0 victory over Vidalia in the title match. Vidalia finished second ahead of Bremen, Model and Lamar County.