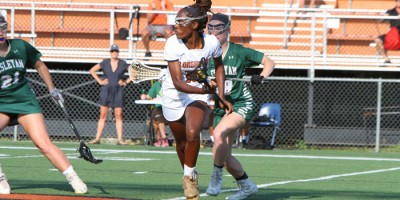 Lakewood Stadium opens up the first of two consecutive lacrosse state championship weekends with the Class A-5A finals doubleheader. The boys’ championship stages a battle between Lovett and Westminster as the Buckhead rivals meet in the finals for the second time in the past three seasons and the third time since 2010. Westminster has won its last four matchups with the Lions, including an 11-8 victory on April 7 that saw junior Luke Jones lead with a game-high four goals. Teammate Jack Patton, an Amherst College commit, came up with a hat-trick in the victory.

Westminster’s 11 goals against Lovett this season marked the first time in the last eight meetings that either team eclipsed single-digit scoring. These low-scoring affairs have been extremely close and have continuously come down to the wire. Before the Wildcats’ current four-game winning streak over the Lions, it was Lovett that held the upper hand. Lovett started a four-game winning streak of its own in 2011 that ended with the Lions last victory (8-5) over the Wildcats in May of 2014. Lovett also advanced to the finals in 2014 but ultimately fell short to Northview.

Both Lovett and Westminster have dominated the first three rounds of this year’s playoffs. Westminster has tallied a 47-15 advantage in scoring including a 19-8 victory over McIntosh in the quarterfinals where Will Fitzharris scored nine goals. Lovett will rely on its notorious defense that has held its opponents to just 4.3 goals per game through the last three rounds. The Lions have netted 38 total goals this postseason, including a 13-2 victory over Blessed Trinity in the semifinals.

Westminster has four all-time boys lacrosse state championships while Lovett has taken home the crown three times, it’s most recent one coming in 2009 before the state was divided into separate classifications.

Blessed Trinity and Kell headline the girls’ Class A-5A title for the second consecutive season. Blessed Trinity prevailed in last year’s meeting as the Titans snapped Kell’s bid for a three-peat with a 15-13 victory. The Longhorns found themselves in the losing column again this season, when Blessed Trinity netted a 17-10 victory to hand Kell its first in-state loss of the season.

Kell successfully battled through a grueling schedule during the regular season that at one point resulted in a 1-4 start and later a 5-8 record. The Longhorns didn’t record consecutive wins until a 20-2 victory over Walker on April 21, but the resurgent club are now winners of seven of their last eight games. Kell has outscored its three playoff opponents by a 65-13 advantage and has scored 21 goals per game during its current six-game winning streak.

Blessed Trinity, on the other hand, has remained undefeated against Class A-5A opponents this season and has the thrill of last year’s championship victory and an 11-7 semifinal win over Westminster fresh on their minds. The Titans have cruised past their first three playoff opponents with a 59-15 goals per game advantage.

No Replies to "Familiar rivals reunite in A-5A lacrosse championship"