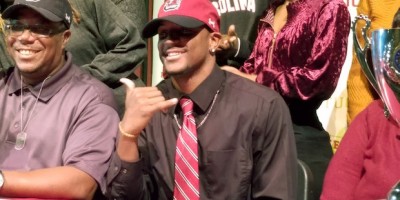 Thirty-one of the 103 colleges giving scholarships to DeKalb graduates participate at the Division 1 level. Football accounted for the largest portion of the scholarships with 90 total, including 72 early signees. Of these 90 scholarships, 17 came from Tucker High School, 10 came from Stephenson and eight each came from Columbia, Lithonia, Miller Grove and Southwest DeKalb.

Basketball also accounted for a bulk of the scholarships, with 27 signees accounting for just under $1 million. Miller Grove and Cedar Grove each had five student-athletes sign basketball scholarships, and Columbia and Tucker each had three. Track amassed 20 scholarships for just over $525,000. Baseball had 16 signees for more than $450,000 including nine players from Redan. Soccer had seven total signees, and softball had six. Boys and girls lacrosse, wrestling, volleyball and girls tennis in DeKalb County also had athletes receive scholarships for 2018.

No Replies to "DeKalb 2018 graduates earn an estimated $6.37 million in athletic scholarships"