Breaking down the soccer playoff picture in Class 7A 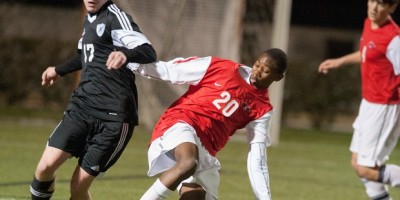 Last week, we took our first look at the upcoming playoffs and what the seeding might look like. This week, more teams have solidified their playoff seeding and we will have several games to look forward to that will complete more of the postseason puzzle. In Class 7A Region 8, Grayson, Rockdale County, Archer and Shiloh have secured playoff spots. Shiloh will be the No. 4 seed, while Archer has guaranteed the No. 3 seed. Grayson and Rockdale County remain in the hunt for the top seed. Both Rockdale County and the Rams sit at 7-1 in region play. Rockdale County handed Grayson its only conference defeat of the year, while Archer served up Rockdale County’s only loss. Rockdale County has a rematch with Archer slated for April 11th and will close out its conference schedule at Grayson on April 14th. Region 7 remains a log jam for the postseason as Berkmar, Brookwood, Central Gwinnett, Meadowcreek, Parkview, Norcross and Lakeside-DeKalb are all in the playoff hunt with a minimum of three region games left each.

Region 7 remains a log jam for the postseason as Berkmar, Brookwood, Central Gwinnett, Meadowcreek, Parkview, Norcross and Lakeside-DeKalb are all in the playoff hunt with a minimum of three region games left apiece.

In Region 6, Collins Hill and Peachtree Ridge could be on a collision course for an epic season finale. The two Gwinnett schools lead the conference standings with 3-0 records, while Discovery (2-1) and Mill Creek (2-2) are in an advantageous position to hold off North Gwinnett, Duluth and Mountain View for the No. 3 and No. 4 seeds.

Next Monday, Milton and Forsyth Central will play for Region 5’s No. 3 seed and the loser will take the No. 4 seed. Lambert (7-1) and South Forsyth (8-1) split their regular season and as a result gave each other the only conference loss heading into the final two weeks of the regular season. These two schools are guaranteed the No. 1 and No. 2 seed. Lambert has Forsyth Central and Milton left on its schedule, while South Forsyth’s only remaining region game is against Milton.

The playoff standings are set in stone in the six-team Region 4. Cherokee and Lassiter are mathematically eliminated from the postseason, while Roswell, Woodstock, Etowah and Walton have successfully punched their playoff tickets. Woodstock will take the No. 4 seed and Roswell’s victory over Woodstock guarantees the Hornets the No. 3 seed regardless of the outcome of their April 14th matchup with Cherokee. Walton’s 3-1 win over Etowah puts the Raiders in position for the top seed, while Etowah will take the No. 2 seed.

Finally, Lowndes controls its own destiny in Region 1 as the Vikings lead the way with a 3-0 conference record and look at three conference matchups remaining on the slate. Lowndes will face Colquitt County at home before finishing out next week with Camden County and Tift County.

Westminster to face nation’s No. 1 team in Smoky Mountain Cup