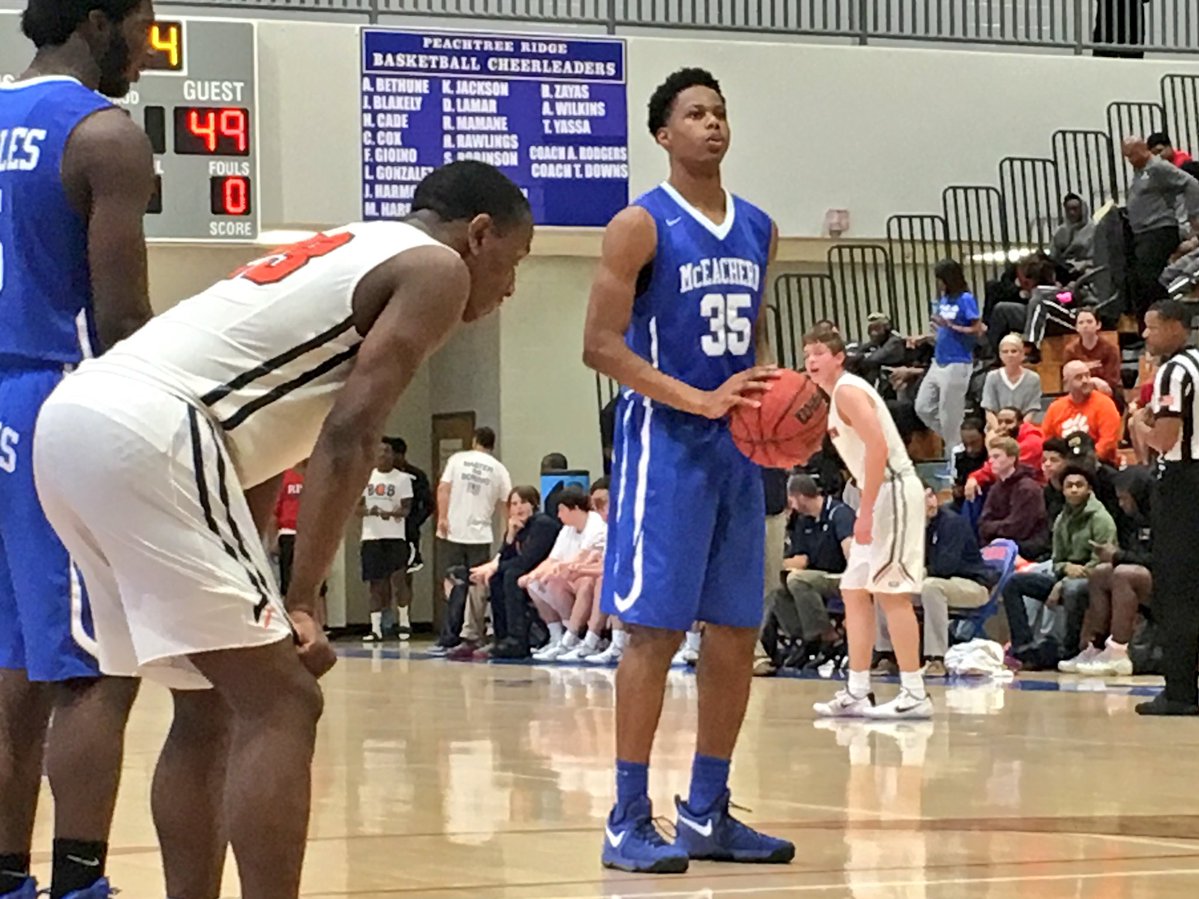 Isaac Okoro (35) has led McEachern to a 26-0 record an the No. 1 ranking in Class AAAAAAA entering the state tournament.

McEachern’s girls and boys teams swept the titles in Region 3-AAAAAAA, and their leading contributors have been picked as players of the year for the region.

Senior guard Quanniecia Morrison, who has signed with Georgia, is the girls player of the year. She will lead second-ranked McEachern in its attempt to win a fourth straight state title.

Sophomore forward Isaac Okoro is the boys player of the year. McEarchern’s boys are 26-0 and ranked No. 1. They are seeking their first state title.

No Replies to "All-region basketball: McEachern’s Morrison, Okoro are 3-AAAAAAA players of year"